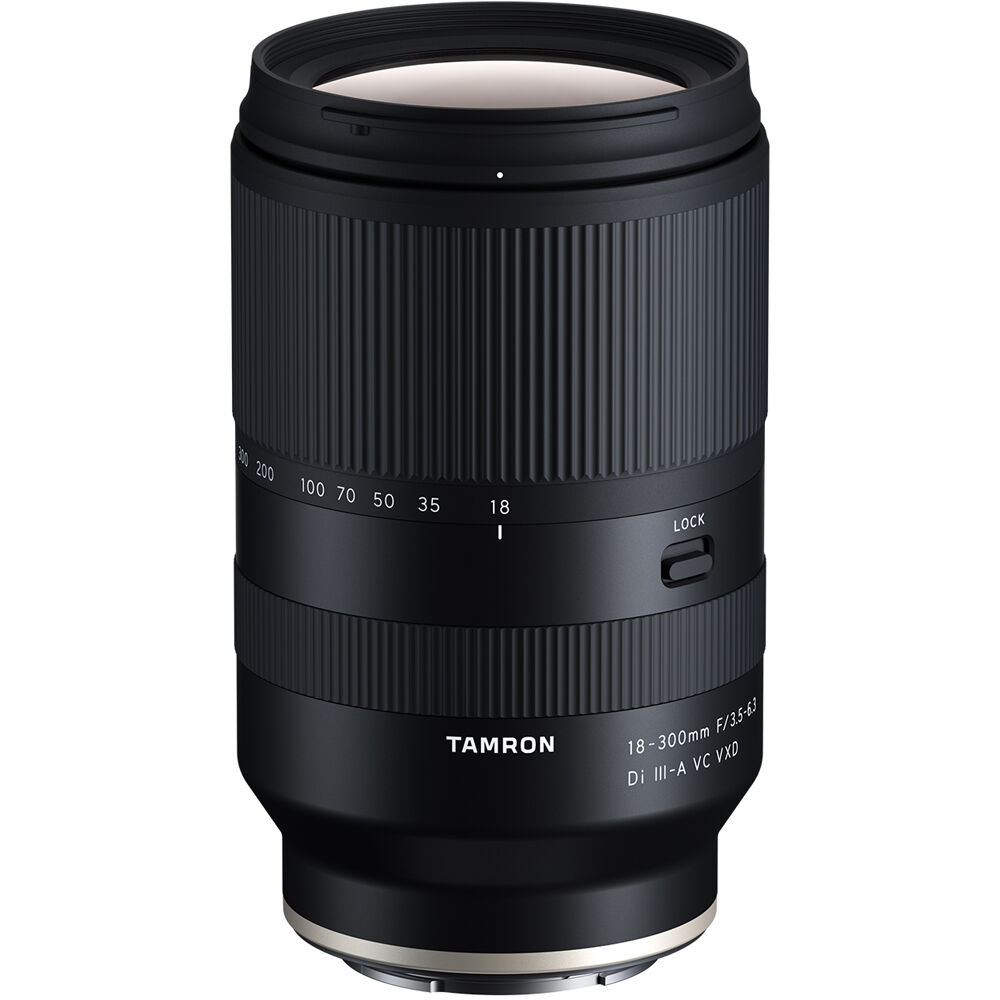 This week the Tamron 18-300mm for APS-C Sony is finally available for purchase. Besides that, we have a smart telescope, a map that shows the best time to photograph fall foliage, and much more.
Here’s the best news I’ve selected for “The Photography News Show”!

After having announced its development a couple of months ago, Tamron has officially launched the Tamron 18-300mm lens for APS-C Sony cameras, making it the 1st lens for APS-C cameras with a 16.6x zoom ratio. The equivalent focal length on a full-frame sensor would be 27mm to 450mm, which goes from wide to super-telephoto lens, making it a great all-in-one lens.

It has a silent focus motor, and the company says it will work well with tracking moving subjects. Something worth mentioning is that at the widest focal length, which is 18mm, it has a minimum focus distance of 15 cm, with which you will reach a magnification ratio of 1:2, meaning that you can use it for some macro photography as well.

I would recommend this lens to anyone starting out with photography, as it would allow you to practice a lot of different genres, which at the end of the day, is the best way to understand what you truly want to specialize in.

Potentially, you could just have this lens plus a prime lens, and you could shoot pretty much anything.

The Tamron 18-300mm for Sony APS-C will be available from September at $699, and you can pre-order it here.

The Sigma 150-600mm FE is in stock for the first time since its launch.

It has a full-frame Sony mount, and if you’re looking for a versatile lens to shoot sport & wildlife this can be a great choice! It has an aperture that goes from 5 to 6.3, so not really bright, but given that it comes at less than $1,500, this can serve well those who need an all-in-one telephoto lens.

If you were waiting to get a Zeiss lens, you better hurry as it looks like Zeiss will be increasing the price of all its lenses in the U.S. starting October 1st.

It’s unclear what’s behind this price increase, but well, if you wanted to get one of its lenses, you better do it before the price bump.

Venus Optics is a lens manufacturer that specializes in wide-angle and macro lenses, and it has added new mounts to some of its most popular lenses. In fact, most lenses until this point were made for Sony mirrorless and DSLRs, but now they’re also available for Nikon Z, Canon RF, EOS-M, and L mount.

Some say that real estate is the best investment, but they might be wrong.

The same kit was put on auction this summer, and the closing price was $479,000, with a total profit of over 450 grand. If you’re wondering what’s so special about this kit, is that there are just 125 black units of this camera, the Leica IIIg, which were produced for the Swedish army.

If you are interested in shooting the stars without much effort, you might be interested in the Stellina, an automated telescope that you operate directly from your phone or tablet: you simply have to set it up on the included Gitzo tripod, open the app, select what you want to observe, and that’s it.

It has no eyepiece, and I think it takes away a bit of the magic factor a telescope has, but it sure makes things easy.

We’re at the tail end of summer, so it’s time to start getting ready for the most colorful season of the year.

Fall is, in fact, the best time to shoot amazing photographs of warm foliage, which are great for landscapes, portraits, and weddings.

But how can you understand when’s the best time for it?

Smoky Mountains has designed an interactive fall foliage prediction map that shows the expected colors in different dates & states. You just have to click on the date, and you’ll see if it’s good or not.

Wheater Photographer of the Year 2021

This week we have the shortlist of the Weather Photographer of the Year 2021.

This is a selection of the photographs I liked the most, and I appreciate watching these images as they show us how incredible nature is. In fact, if you’re at the right place at the right time, there’s no need to replace skies or adding strange effects. Nature truly has it all.

The launch of the Sony a7IV is approaching, and we now have a clear idea of some of its specs.

The latest rumors report that it will feature a newly developed 33-megapixel sensor with a 5.5 stops stabilization. There will probably be other improvements as Sony will aim to rival Canon cameras. I will update you as soon as I have more news about it, so let’s wait and see!