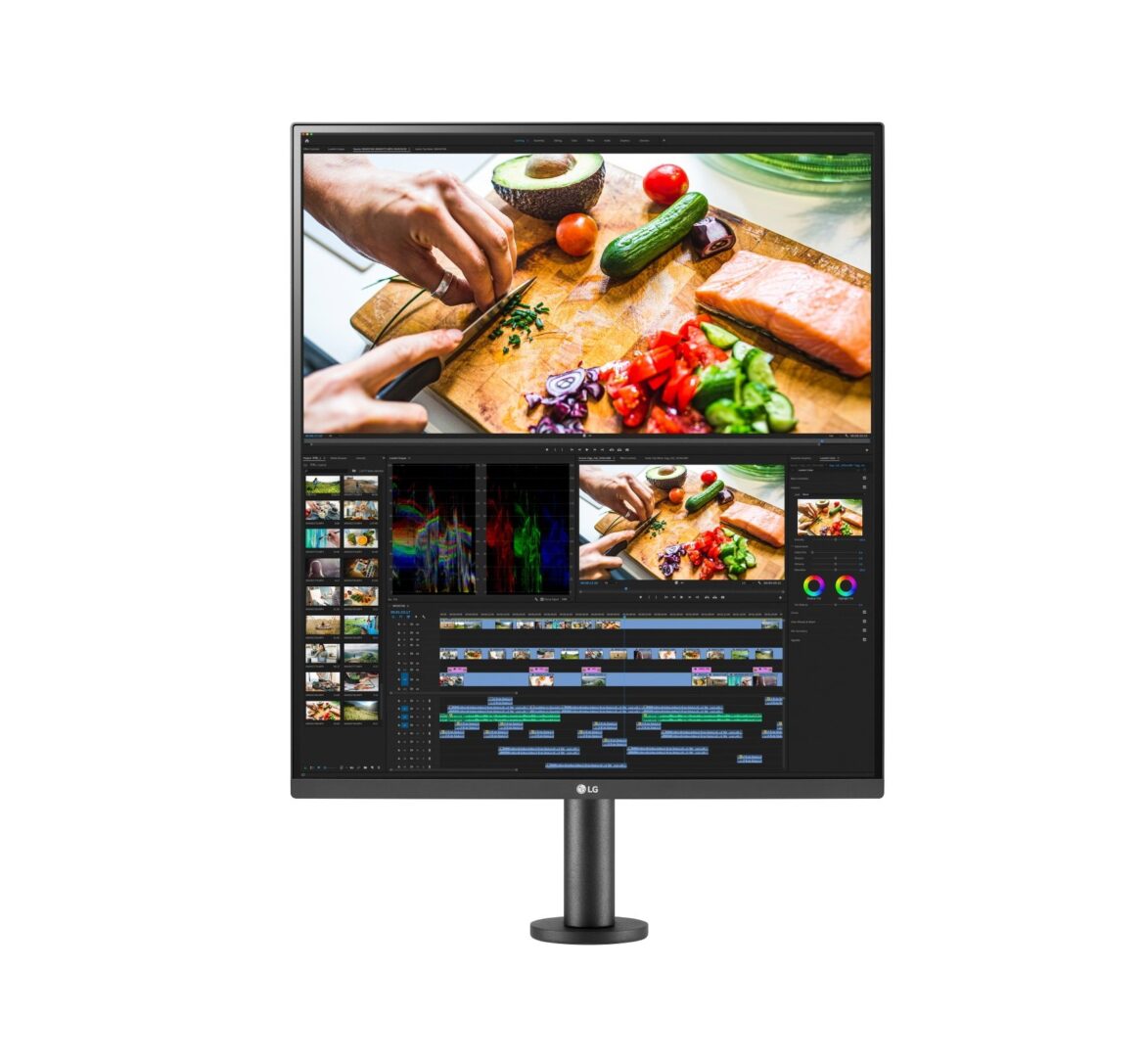 LG has unveiled the DualUp Monitor (28MQ780), a 16:18 screen made with video editors in mind. We then have the most rented gear in 2021, new info on the chip shortage situation, and much more. Here’s the best news I’ve selected for “The Photography News Show”!

Companies aren’t usually launching new products in the Christmas week, but well, CES 2022 is around the corner, and LG decided to announce two new monitors. The most quirky one is the DualUp Monitor, that as the name suggests, is like having two 21.5-inch displays monitors stacked on top of each other.

The result is a 16:18 aspect ratio, which is something we aren’t used to seeing. Normal users might not really beneficiate from it, but if you spend hours editing audio and video, this can become a pretty interesting solution.

You can keep the timeline, scopes, and all that, in the bottom part, while at the top you can have a big preview of what you’re working at. It has a QHD resolution, it covers 98% of the DCI-P3 color gamut, and it has just 300 nits of brightness. That isn’t too bright, but hopefully, it’ll help keep the price low. This looks pretty interesting from a productivity standpoint, but I’m just wondering about its ergonomics, as the height of the screen might not be so comfortable for your neck.

In the meantime, LG has also announced another monitor more suited for photographers, the UltraFine Display.

It has a 31.5-inch display, 4K UHD resolution, and it’s LG’s first Nano IPS Black panel, which will help give more depth to the blacks. It also comes with a detachable auto self-calibration sensor, which is a nice addition. There is no info on prices, but we’ll surely know more once they get presented at CES on January 4th.

2021 is coming to an end, so it’s time to see which was the most rented gear. Lensrentals has shared some stats, and the most popular new product rented was the Sony Alpha 1, with the Nikon Z7 II in second place. While if we look at the overall stats, Canon is guiding the classification with the EOS R5, 5D Mark IV, and EOS R6.

While getting back to Sony, the chip shortage continues to affect its production. In fact, the Japanese brand has shared an apology note on its website where it says that it’s no longer accepting orders for the Alpha 7C, a6600, and has entirely stopped the production of the A7II series and the a6100. So if you were looking to get an A7C or a6600, make sure to get it soon.

Lens from a Pringles Can

Do you have a Pringles can in your pantry? Hold on to it, as you can transform it into a lens for your camera!

Fotodiox has shared a quick tutorial on its YouTube channel to show you how to do it. The resulting images are pretty noisy and lo-fi, but given its cost, this is something you can try out if you have some time during the holidays!

2021 Nature Photographer of the Year

In this segment, I feature the most interesting pictures I’ve seen on the web! This week I have for you the winning photos from the 2021 Nature Photographer of the Year. There are 13 categories that celebrate the uniqueness of animals and nature. If you want to know more about the pictures, you can find all the details here.