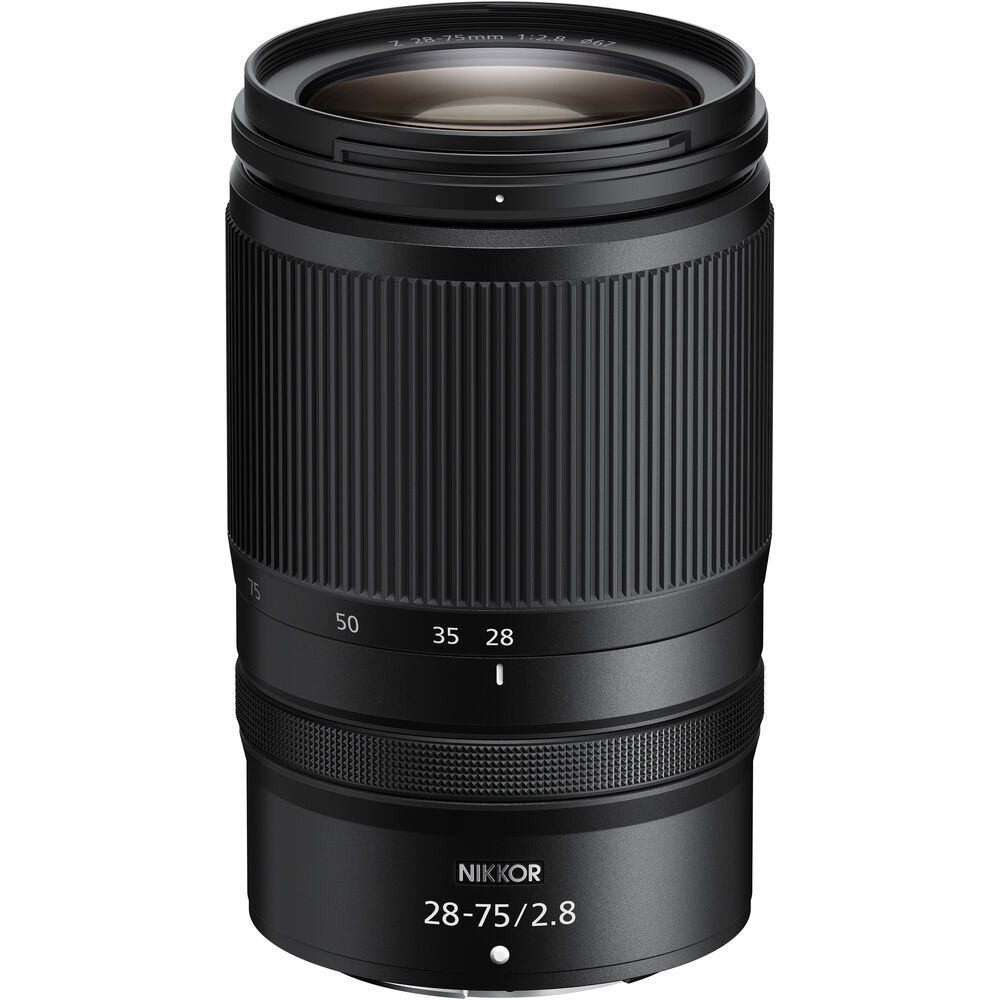 Nikon has unveiled the Nikkor Z 28-75mm f/2.8, its latest standard zoom lens for full-frame cameras. We then have a groundbreaking sensor from Sony, and much more. Here’s the best news I’ve selected for “The Photography News Show”!

Nikon has unveiled the Nikkor Z 28-75mm f/2.8, its latest standard zoom lens for full-frame cameras. It’s designed for those who want a bright zoom without sacrificing portability, in fact, it weighs just 1.2lb and it’s 4.7” long when retracted.

If you pair it with a Z6II the whole kit weighs 2.6 lb, a bit over 1kg, making it suitable for long days of shooting, whether that’s an event or a day around the city.

In terms of features, it’s pretty simple: you have a zoom ring, a control ring, and that’s it. The control ring can be customized to manage focus, aperture, or ISO, but I believe a dedicated focus ring is still a must-have. There are no switches and the lens isn’t stabilized, so you can only rely on the in-body stabilization of your camera. The absence of these features comes with an advantage, in fact, the lens is 30% lighter than its bigger brother, the Nikkor Z 24-70mm F2.8 S, but of course, it’s less wide and has a less capable focus motor.

The 28-75mm focal length is pretty known in the photography industry, and Tamron has been using it successfully for quite some time. It’s a range that allows you to shoot pretty much anything: landscapes, portraits, events, street, you name it. And thanks to the constant F2.8 aperture, you get a decent amount of bokeh while increasing its usability in low-light scenarios. Talking of usability, it has some seals to prevent dust and water droplets from entry, and the minimum focusing distance is 19cm, around 7.5-inches, which will allow you to shoot some close-ups as well.

I see this as a 1st lens if you’re looking for a bright zoom lens for your Nikon Z kit and you have a limited budget. In fact, this lens comes at $1,200, 1 grand less than the 24-70 S, and you can grab it from the link in the description. While if you’d like to have a bit more versatility in terms of focal length, and don’t need an F2.8 aperture, you might consider the 24-120mm F4 for a similar price.

That’s not all from Nikon, in fact, during the launch of the 28-75mm, it has also shared some details about an upcoming cannon, the NIKKOR Z 800mm f/6.3 VR S.

It will have a Phase Fresnel lens that will make it more compact and lightweight than we think. That’s all we know about it this far, so, let’s wait and see!

Sensors are always improving in terms of resolution and noise, but those are very tiny improvements. This week though, I have something big for you, as Sony has announced the development of the world’s first stacked CMOS sensor with 2-layer transistor pixels.

Translated in English, this sensor will be capable of doubling the amount of light captured, greatly improving the dynamic range while reducing noise. Basically, the holy grail of sensors. It looks like truly groundbreaking news, and I’m excited to see it implemented in the future. You can read more about it here.

While if you’re a Panasonic shooter that was waiting for the GH6, you’ll have to wait a bit longer as the company stated that its production has been delayed, and this is most likely connected to the chip shortage situation that I’ve mentioned in previous shows.

Fish with a Transparent Head

Last week I showed you a gigantic phantom jellyfish, while this week we have another fascinating creature photographed from the depths of the sea. Specifically, a fish with a transparent head known as the barreleye fish, or macropinna microstoma).

The images and videos have been captured by the Monterey Bay Aquarium Research Institute with one of its underwater drones. It’s quite rare to spot this fish as it lives between 2,000 and 2,600 feet of depth, and it’s only 6 inches long. If you want to know more about it, you can check out the landing page on the research institute’s website.

We still know very little about it, which is a great reminder of how much we still have to discover about our planet.