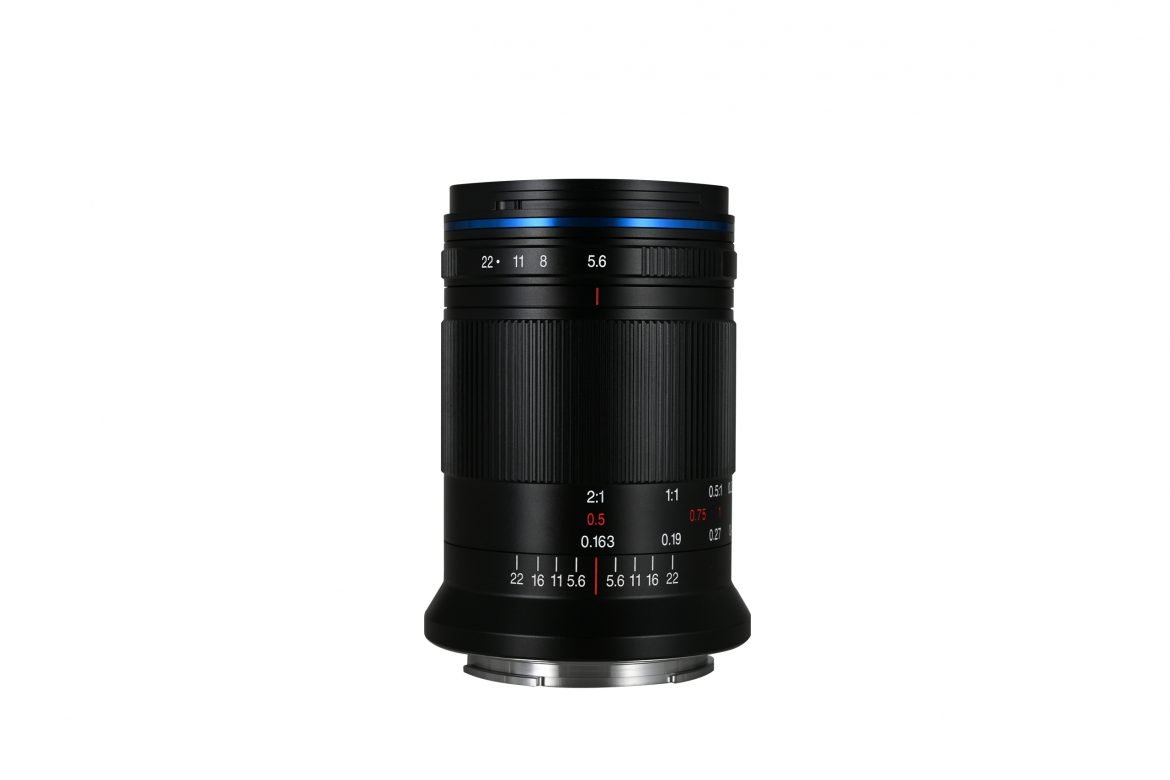 Venus Optics has unveiled the Laowa 85mm F5.6 2X Ultra Macro APO, the smallest 2x macro lens for full-frame cameras. We then have a camera as big as a grain of salt, and much more. Here’s the best news I’ve selected for “The Photography News Show”!

Venus Optics is a Chinese manufacturer which specializes in extreme lenses with great optical performance, such as the 10-18mm full-frame lens, or the 24mm macro probe. And talking about macro, this week Venus Optics has unveiled the Laowa 85mm F5.6 2X Ultra Macro APO, the smallest 2x macro lens for full-frame cameras. It’s just a bit more than 8 cm tall, and it’s incredibly light, weighing only 259g, which is around half the weight of macro lenses with a similar focal length.

When thinking about a compact & lightweight ultra macro lens, you might think image quality has been compromised, but Venus Optics’ engineers were able to give this lens an Apochromatic Optical Design composed of 13 elements in 9 groups, containing 3 extra-low dispersion elements that greatly reduce aberrations.

The images you can capture with this lens are very interesting, as you can reach a 2x magnification factor, which is twice what you get with a standard macro lens. Imagine the level of detail you can achieve with this mounted on a high megapixel camera!

And talking about features, it comes with internal focusing to avoid collisions with your subjects, and it can focus from 16.3 cm to infinity, making this also usable as a portrait lens.

Getting up to a 2:1 magnification factor in such a small package, together with no chromatic aberration would probably cost a ton, right?

Well, no! It comes at $449, which is a very interesting price to get a lens to explore the macro photography world.

This lens is available for Sony FE, Canon RF, Nikon Z, and Leica M mounts, and you can grab it from Laowa’s official website.

Ultracompact Camera the Size of a Grain of Salt

Camera manufacturers are continuously increasing the sensor’s density. For example, the first consumer’s full-frame camera, the Sony Alpha 7, released back in 2013, had 24 megapixels, and 9 years later the A7RIV had 61. How about small sensors?

Researchers at Princeton University and the University of Washington have developed an ultracompact camera the size of a grain of salt, which is capable of producing images that you’d get with a 500,000 times bigger camera.

It uses a technology called the metasurface, studded with 1.6 million cylindrical posts. These, together with machine learning algorithms, are capable of rendering much higher quality images than in the past and will find great applications in several industries.

But before we get too much into the future, let’s take a step back to the awesome 90s’. A few episodes ago I showed you a Pepsi-themed Polaroid, while today the same company released the Malibu Barbie Polaroid 600.

I’m not sure who would buy that for $169, but it might be a cool gift to get your daughter into photography.

While if you are on a budget but still want a somewhat “new” camera, you can get in touch with a wooden craft company from Vietnam, which is making some very realistic wooden cameras for less than 50 bucks. They might not be real cameras, but they could be something nice to have on a shelf.

Apple has introduced ProRes video on the iPhone 13 Pro and the 13 Pro Max, but how about Android? This week I have for you the MotionCam app, an open-source camera app that enables you to shoot 10-Bit CinemaDNG RAW video.

The company has shared the footage taken with the app, and I’m pretty impressed by it as you can see there’s a whole lot more dynamic range than the one you get with the standard camera app. You also get full manual controls, and it can be a great way to get more into videography without spending any additional money, you can download this app for free from the link in the description.

Christmas is approaching fast, so why not get a Canon Teddy Bear?
It was announced this week by Canon USA, and it’s a teddy bear with a Canon 5D Mark IV with a 24-70mm lens. It comes at $60 and it can be the secret weapon you needed to get your kid into photography.

This week I have for you the winners of the Hasselblad Masters 2021 Competition. Among the over 63,000 images submitted, these are the ones that won the 12 different categories. The winners will get as a prize a Hasselblad medium format camera and will shoot for a collaborative project that will be published in a commemorative book.